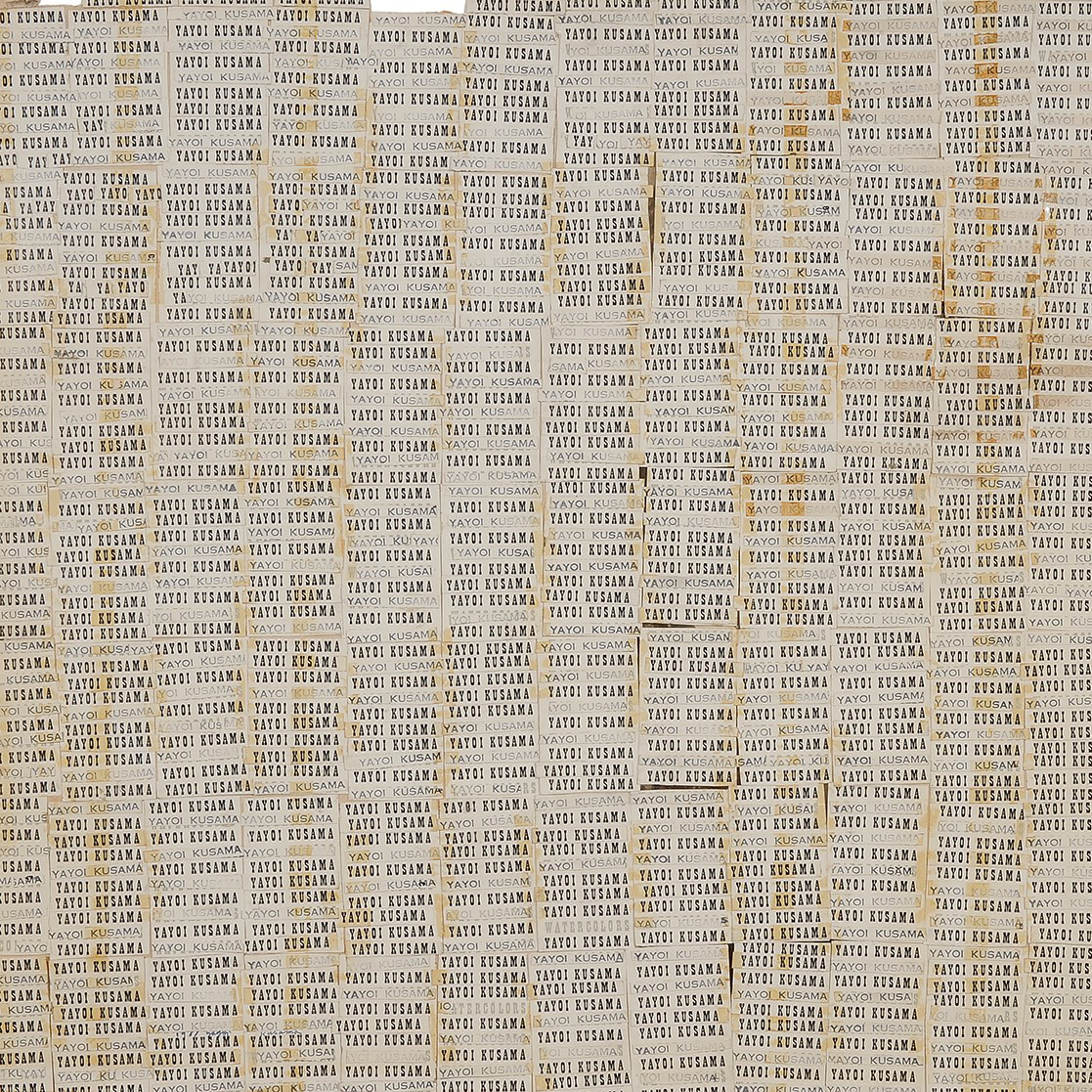 First produced in 1961, Yayoi Kusama’s Accumulation or Aggregation is a series of works that consist of repeated identical motifs. This body of art began with two-dimensional collages, using everyday objects such as stickers, before extending into the medium of soft sculpture – domestic objects, including furniture, covered with proliferations of sewn, stuffed fabric phalli. Since then, Kusama has continued to create various types of Accumulation pieces, even now.

On this occasion, Yayoi Kusama Museum presents the very early pieces from the Accumulation series, as well as photographs and documents related to the series’ production. Through these works, the exhibition features how Kusama bridged the artistic boundaries between painting and sculpture in order to represent her compulsive obsession with the hallucinations she experienced as a young girl, as well as her neurotic anxieties over sex and her disgust towards industrially-made food stuff.

Dots Obsession, an installation exhibited frequently since the late 1990s and perceived as an accumulation of polka dots and a magnified soft sculpture, is displayed alongside selected works from Kusama’s latest large canvas series My Eternal Soul - presented as her current manifestations of Accumulation.

With such a diverse lineup of works, the exhibition invites visitors to the world of Kusama’s lifelong practice: SPIRITS OF AGGREGATION.

All tickets must be purchased in advance online. Entry is timed and only valid for a specific 90 minute time-slot. Tickets are non-refundable and cannot be changed. Tickets go on sale at 10 am (Japan Time) on the first of each month for entry in the month after next (for example, tickets for October 1 through October 31 go on sale from August 1). Please purchase tickets in advance from here.